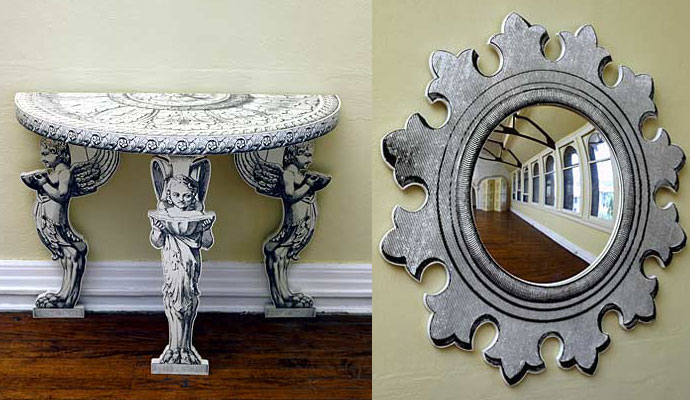 Matthew White and Frank Webb are excited to announce that their Intaglio collection will now be represented on the east coast at Tom Swope Gallery in Hudson, New York.

Tom Swope, an expert in, and dealer of, antiquities from around the world, has a gallery in Hudson, New York. On display are Greek and Roman marble sculpture, Pre-Columbian pieces, and antiquities from Asia and the ancient Near East. He also deals in art after the antique, such as large 19th century plaster casts of ancient sculptures, which figure prominently in the gallery. In addition, he makes jewelry inspired by antiquity, which he produces in his workshop in the rear of the gallery.

The coming together of White Webb, a New York interior design firm, with Tom Swope, an antiquities dealer, may at first seem like an unusual pairing, but the gentlemen see a direct link among their aesthetics. First there is a great love of history and antiquity. But there is also an understanding that we live in the 21st century. The visual juxtaposition of ancient marbles with White Webb’s bold black and white pieces creates a visual tension and a pleasing counterpoint for both elements.