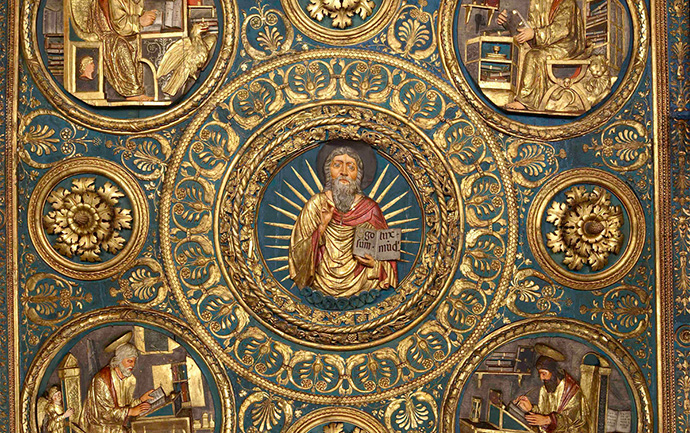 In today’s interiors, attention seems to be lavished on every possible detail, often without giving the ceiling a second thought. “Paint it white” seems to be the relentless mantra. But in looking at ceilings throughout history, astonishing attention was clearly paid to the space above our heads.

The ceiling above is currently being restored by Save Venice Inc., and is in the Sala Dell’Albergo, the “board room” of a prestigious brotherhood, the Scuola della Carità, a building now part of the famous Accademia Galleries on the Grand Canal in Venice. It is considered by many to be the most beautiful carved wooden ceiling in all of Venice, dating from the late 15th century. 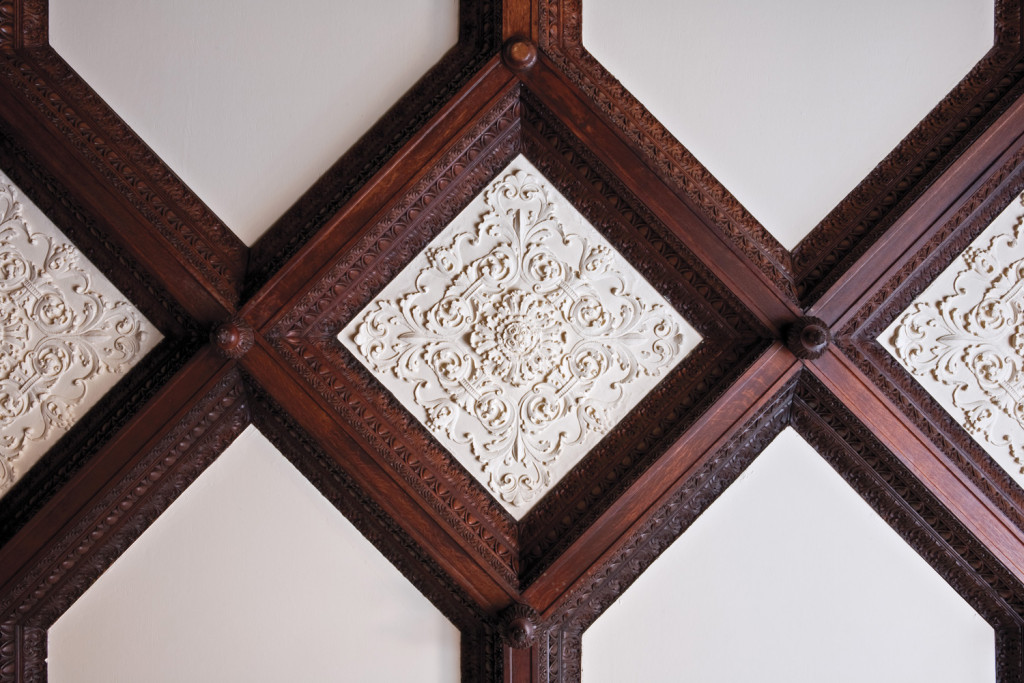 The example above, on the other hand, was built 400 hundred years after the Venetian ceiling above, and is in Matthew’s apartment in New York. It crowns a room that is housed within a building by the great American architect Stanford White. Deep, elaborately carved coffers frame classical plaster panels for an effect that is elegantly sedate. 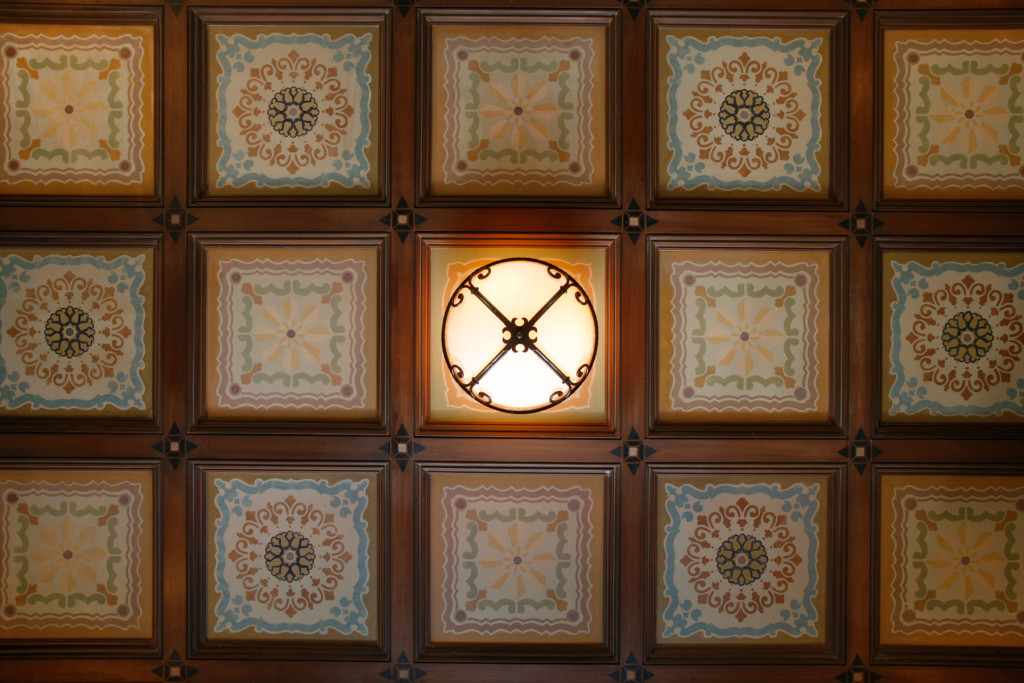 But lovely ceilings were not only created in the distant past. This example is in a client’s home in California. A superb example of 1930’s Spanish revival architecture, this coffered and painted ceiling is in the butler’s pantry of a sprawling California hacienda.

In the effort to fight against twenty-first century somnolent ceilings, we injected visual energy into the canopies of these two rooms. This garden room ceiling employs shallow but substantial mouldings for an over-scale fretwork effect. This treatment is set above a deep plaster coving painted in pale green. In the other room, we opted to paint the standard ceiling in our first Kips Bay Showhouse, a spring-like blush, adding a peachy glow to the space and all who enter.

Ceilings needn’t be the “No Man’s Land” of interior design. Instead they should crown a room, making the eye seek a higher plane, and the heart happy to be in such elevated surroundings.