White Webb teams up with Architectural Digest for the Oscars 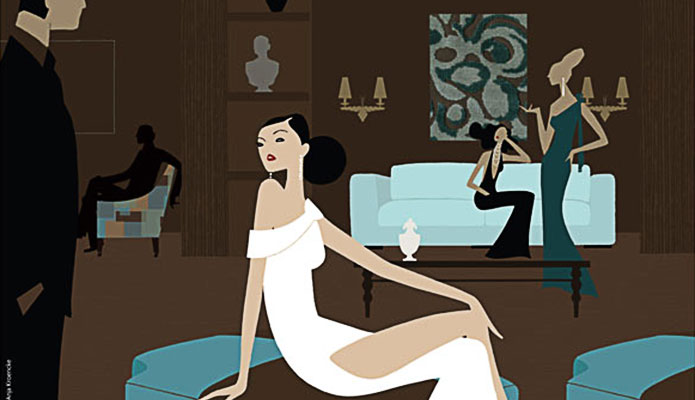 This year, Architectural Digest and White Webb are introducing eco-friendly elements into key areas of the room for the first time. “In this sanctuary, just steps from the stage, Manolo Blahniks replace Birkenstocks,” declares White. “We are showing that eco-consciousness doesn’t have to sacrifice glamour and beauty.” Adds Webb: “The Architectural Digest Greenroom will not only be stunning and functional, but responsible. The room will promote smart solutions and the possibilities that we can all achieve in high-end green design.”

Hollywood’s glitterati will enter through an alcove lined with Maya Romanoff’s renewable “Mother of Pearl” wall covering that provides a bit of shimmer thanks to the natural beauty of capiz shells. In the main space, luxurious upholstered pieces by George Smith Handmade Furniture and Fabrics, made with non-toxic adhesives and sustainably harvested woods, sit atop a lush carpet in fibers from recycled plastic bottles by Mohawk Flooring. The room’s walls are lacquered in bold, eco-friendly Pantone Paints by Fine Paints of Europe and hold multiple Sharp AQUOS LCD-TVs for presenters to watch the action onstage.

The approach to this year’s Architectural Digest Greenroom also takes it cue from early 20th-century design and plays off the look of “Classic Hollywood” films, with their nuanced and richly layered cinematography. White Webb’s study in contrasts is carried across a broad range: ancient and modern; ornate and simple; polished and rough: pale icy blue and dark chocolate brown. Purely classical elements, such as a pair of Roman marble statue fragments, will be placed alongside contemporary art, and a Neoclassical gilded center table will stand out amid clean-lined modern pieces. The combination of these diverse features gives this year’s Architectural Digest Greenroom its heightened sense of allure and drama.

Academy Awards for outstanding film achievements of 2006 will be presented on Sunday, February 25, 2007, at the Kodak Theatre at Hollywood & Highland Center®, and televised live by the ABC Television Network.