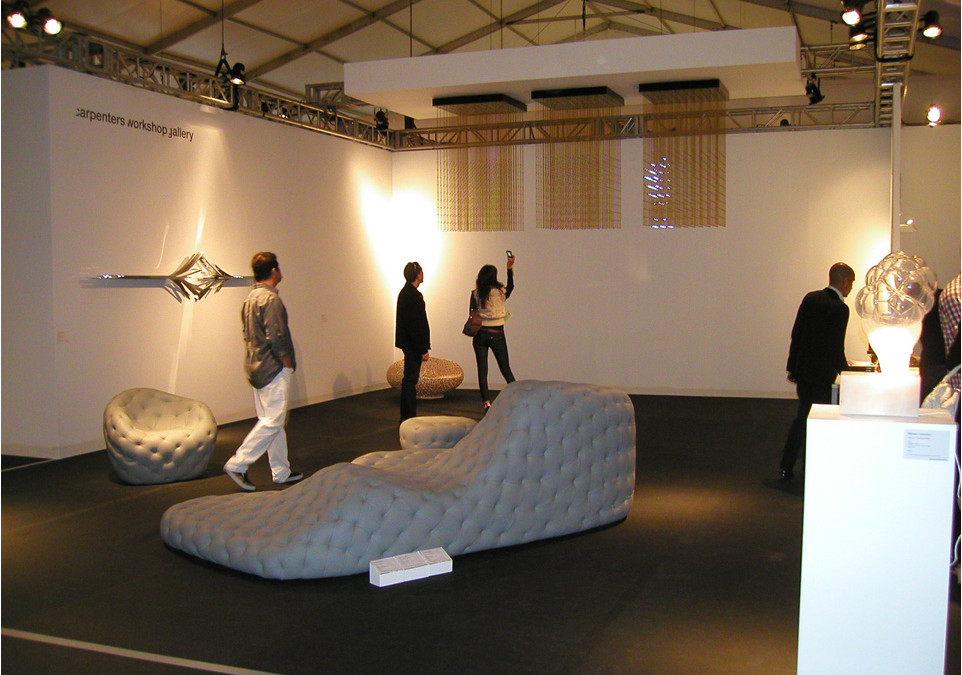 Like great herds of migrating wildebeest, the art world makes its annual journey to Miami Beach during the first week of December. In search of their own form of sustenance – cutting edge art – the packs descend on Art Basel Miami Beach (ABMB) where the most exclusive galleries display one of the world’s greatest assemblages of modern and contemporary art. Originally established nine years ago as a sister fair to Switzerland’s Art Basel, the exhibition attracts avid collectors, art stars, and party bloodhounds from across the globe. Equal parts spectacle and spectacular, the fair provides a sensory smorgasbord within and outside of the exhibition hall.

In addition to a non-stop array of glamorous parties, ABMB has spawned a number of simultaneously occurring satellite fairs, such as Art Miami, Art Asia, Scope, Pulse, Red Dot and NADA, most of which focus on the works of lesser known, emerging talents in the art world. Rounding out the line-up, and of particular interest to design enthusiasts, is Design Miami, which seeks to position great furniture and industrial design on the same plane as great art. This year, its sixth in operation, Design Miami relocated from the Miami Design District to a tent just outside of ABMB. Although the move might strike some as an abandonment of its grittier origins, it afforded easier access to a broader audience of fair attendees. What’s more, its proximity to the masterpieces of ABMB underscored the organizers’ primary aim to foster a similar regard for greatness in the worlds of art and design.

On my tour through Design Miami, I was struck by the enormous breadth of creativity on display, ranging from the exquisite furniture of 20th century classics such as Jean Royere and Phillip Lloyd Powell to space-age lighting by Swarovski and rAndom International to finely woven metal rugs from Colombia’s Hechizoo Textiles. An astounding combination of state-of-the-art technology, phenomenal technique, and boundless imagination set the stage for a truly awe-inspiring experience.